The Bible makes it clear God’s heart is for the least of these.

He exalts the humble. Raises up the weak. Prioritizes the marginalized.

While the Bible only records a few accounts of Jesus’s interactions with children, we can highlight four aspects of His approach.

In the first century, children had little to no rights. Often seen as a nuisance, they were tolerated but not welcome.

Jesus flipped this way of thinking on its head.

In Matthew’s Gospel, Jesus spoke out against those who pushed children to the sidelines while drawing them near to Himself.

And they were bringing children to him that he might touch them, and the disciples rebuked them. But when Jesus saw it, he was indignant and said to them, “Let the children come to me; do not hinder them, for to such belongs the Kingdom of God.”
Matthew 18:13-14

And in Mark’s Gospel, Jesus actually took a child in his arms, commissioning others to welcome children in a similar way.

He sat down and called the twelve. And he said to them, “If anyone would be first, he must be last of all and servant of all.” And he took a child and put him in the midst of them, and taking him in his arms, he said, “Whoever receives such a child in my name receives me, and whoever receives me, receives not me but him who sent me.”
Mark 9:35-37

(Side note: Children were so marginalized in early societies that many secular historians credit the Christian Church as the reason our society treasures and values children today.) 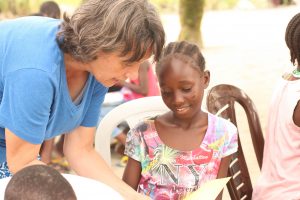 In John 6, Jesus performs one of His most famous miracles: feeding a crowd of 5,000 hungry people with just five loaves of bread and two fish.

Rather than making a lunch suddenly appear out of thin air (which he could have done, of course), He chose to bless and multiply the existing meager lunch of a young boy.

One of his disciples, Andrew, Simon Peter’s brother, said to him, “There is a boy here who has five barley loaves and two fish, but what are they for so many?”
John 6:8-9

While this miracle is recorded in all four Gospels, only John mentions the original young owner of the lunch. And though it may seem like a small detail, it illustrates a beautiful piece of Jesus’ character. Jesus saw the potential of a child when perhaps no one else did, and thousands of people were blessed as a result.

During His earthly ministry, Jesus raised just three people from the dead. One was the son of a widow in Nain. Another was Lazarus, a close friend.

The third was the daughter of Jairus, a synagogue official in Jerusalem. At just 12-years-old, she fell ill and eventually died. Child mortality rates were much higher in the first century. The death of a girl her age wouldn’t have been uncommon. But moved with compassion, Jesus brought her back to life.

Taking her by the hand he called, saying, “Child, arise.” And her spirit returned, and she got up at once. And he directed that something should be given her to eat. Her parents were amazed, but he charged them to tell no one what had happened.
Luke 8:54-56

Arguably one of the most powerful miracles, Jesus demonstrates that children are as worthy of being served as His dear personal friends. 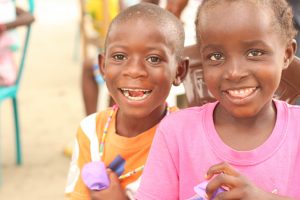 Children show such humble dependence that Jesus commissions each one of us to follow in a similar example.

He tells his disciples in Matthew,

May we follow in Jesus’s footsteps—motivated by His love—to welcome, empower, serve, and commend children, too!

(And let’s not forget: Jesus not only loves children, but he can perfectly identify with them—He was one.)

Connect with a child in one of our countries around the world, establishing a personal connection with God’s call to care for the vulnerable. Meet children waiting for sponsors here!

Create financial solutions for adoptive families by starting a no-cost, personalized adoption fund at your church. Get more information from one of our team members here!

Commit to supporting orphaned and vulnerable children around the world by giving monthly to Lifesong. 100% of your gift supports our 4-part pledge to every child we serve.