While serving as missionaries in Uganda, Daryn & Brooke felt called to foster a newborn boy. His circumstances worsened and led to his need for adoption. But as a family of six living on fundraised support, Davis’ adoption was financially impossible.

“In 2013, Lifesong blessed us with a matching grant that enabled us to bring home our daughter, JoAn, from Uganda. Two years later, we moved our family of six to JoAn’s hometown of Fort Portal, Uganda, to serve with the ministry that had changed her life there. Little did we know we would end up with a foster baby just two months after our move.

Davis was born in February 2017 during a traumatic birth that took the life of his mother. Her death left six children with a father who was heartbroken, jobless, and incredibly poor. She received no medical care during the birth, and both she and her husband were HIV+.

With no way to feed his newborn baby, Davis’ father considered taking his child’s life. His neighbor suggested that he smother the baby because it would be better than watching him starve. A cousin, who worked for the same ministry we served with, talked him out of this decision but didn’t know what to do with the baby because the local orphanages were full.

When my husband, Daryn, and I heard about this baby, we both were led by the Holy Spirit to ask how we could help. We offered to foster the baby for his first year until he could be weaned off formula.

Davis was not well. The trauma from his birth had caused Cerebral Palsy and nerve damage. He was only 3 days old when he came into our care, and over the next few months, we saw a lot of improvement in his health.

When Davis was five months old, his father was murdered by a man who practiced human sacrifice in his village. Neighbors and distant relatives took in the other children, and we were asked by the village to adopt Davis permanently.

We had no money to do this. Every bit of our salary was already fundraised because we were on the mission field. Raising funds seemed daunting. But we began the adoption process and started looking at possible resources.

When Davis was 10 months old, I had to bring our oldest four children back to the United States while Daryn stayed in Uganda for another six months to finish the adoption. About that time, we were blessed by an adoption grant from Lifesong! 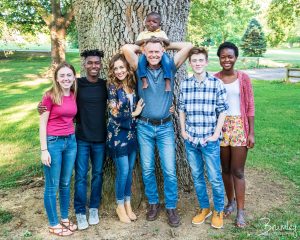 Blessed in the Hardship

Lifesong blessed us by encouraging us that God was in the details and the granting us financial aid of the matching grant.

The last six months of our adoption were so expensive with all of the travel I had to do. I traveled to Uganda three different times. Our teenagers were living in the United States with me, not seeing their dad and baby brother. Davis was without his mom because I had to be in the United States. It was heartbreaking to be apart.

To be blessed by a grant in the middle of that hardship was a sign to us that God was working and moving the process forward, even when it felt so hard sometimes. God saw us through.

The costs were high, as was the sacrifice on the rest of the family, but finally, in July 2018, we were together in the United States as a forever family of seven! We’re stronger than ever.

While we were waiting for the adoption to be finalized, I flew to Uganda for court. But the judge canceled our court date and decided he wasn’t going to see us for five more months.

We took a chance and walked into the court, begging the judge to see us. He stared at us for a long time. I’ve never felt so intimidated in all my life! He stared at us and said, ‘I don’t think children should be adopted and leave this country.’

We knew Davis had no other options, but the judge had some bias against us. After a long stare-down (and us sitting there feeling like we were going to pass out), the judge ruled in our favor! God is in control.

Davis has never known any parents but us. He was our foster baby, but to him (and us), we were already mom and dad. I can’t imagine what it would have been like if the judge had told us no. God really turned that judge’s heart to approve us when he did not want to.” 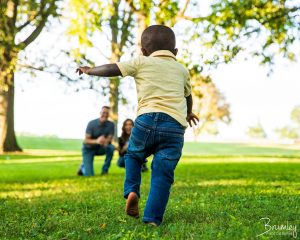 You can adopt. We can help.

Davis has a family today because willing believers stepped out in faith. Financially, it should have been impossible. But God isn’t bound by numbers, as big as they may seem. We exist to help families, like Davis’, overcome financial barriers to adoption through matching grants, interest-free loans, fundraising support, and free crowdfunding platform.