Disguised under the term human trafficking, it’s one of the fastest-growing crimes. And it often hides in plain sight. As World Day Against Trafficking in Persons approaches, we pray these 7 statistics will shed light on the global crisis, and that with them, you’ll have a renewed sense of urgency toward this crisis and its victims.

1. 40 million people are trafficked globally on any given day.

40. Million. People. That’s more than the entire population of California. 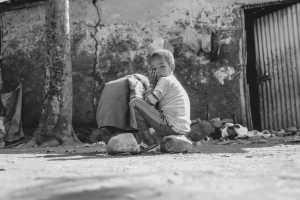 3. Women and girls account for 71% of all modern slavery victims.

And of the 4.8 million persons in forced sexual exploitation, 99% are women and girls.

4. 1 in 4 victims of human trafficking is a child.

10 million children–more than the whole population of New York City. Of those 10 million, orphans and vulnerable children are among the most at-risk, especially those in poverty.

5. The industry is estimated to make illegal profits amounting to $150.2 billion per year.

Making it the third-largest criminal enterprise in the world, right after drug trafficking and counterfeiting. 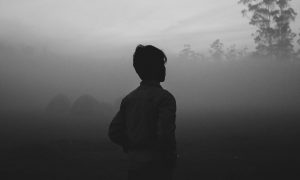 According to the Department of State, the three states with the most human trafficking activity are California, New York, and Texas.

7. It’s estimated that 60% of child sex trafficking victims in the U.S. have a history in the child welfare system.

In 2013, 60% of victims recovered through FBI raids in the U.S. were from foster care or group homes. Most children rescued were 14 years old.

And yet, there is hope.

Why do we emphasize the need? Because we know–no matter how big the problem–our God is bigger.

The first step to eradicating a problem is raising its awareness. Now that you’re aware, what will you do? Here are some ideas–

Orphans and vulnerable children are among the most at-risk of being trafficked–especially those in poverty. So when we seek to meet orphans’ needs, we’re seeking to eliminate those risks from their lives. Join us in caring for these children by accessing our FREE 15-day prayer guide.

Get your free guide