We had the privilege of first sharing Jack and Lindsay’s powerful adoption story in 2017.

A year has passed since their journey was first published, and adoption still impacts their lives. Lindsay recently shared, “Even with some trials and changes throughout the last year, God has been so good and faithful. He is writing our story in ways that we never expected, and we are learning to trust Him more than ever.” 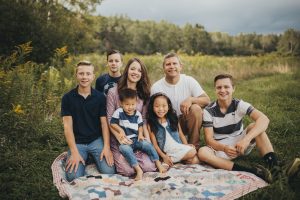 Trust has consistently been the theme of their journey. The road to their first adoption was long and difficult, as their first agency filed for bankruptcy and both backup options fell through. Only months later, God allowed their biological son to be stillborn.

But even in the midst of deep sorrow and loss, they leaned upon the certainty that God had called them to adopt.

Through the support of their family, church, and Lifesong community, they continued pursuing adoption–a pursuit that eventually led them to their daughter, Liana.

In April of this year, their family grew again. They welcomed a new son, Hudson, into their home. In Lindsay’s words–

“His presence has added a new spark to our home. He’s spunky, joyful, and hilarious. After a couple of years with some challenging life events, the extra laughter and love in our home is a welcome addition.  We’re busier than ever, but we wouldn’t want it any other way.”

We are forever grateful that God chose us to be our children’s parents.  Adoption has stretched us farther than we thought we were capable, but He has given us everything we need in every season. Just like He promises. 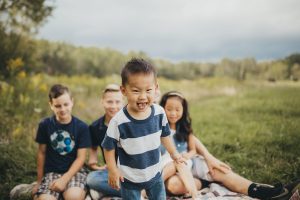 Jack and Lindsay–thank you for sharing the story God wrote for you. Your pursuit of adoption no matter the circumstances is reminiscent of God’s pursuit of us. We are so thankful He recently brought Hudson into your family and can’t wait to see Him further His Kingdom through you.